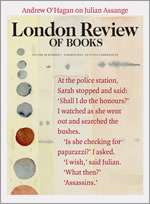 In the coming week I am going to Melbourne to see an old friend. In preparation, as I’ll be travelling on a bus for a couple of hours each day, I have for the first time downloaded some library ebooks onto my iPad. I’ve also got a couple of purchased ebooks on Kobo that I haven’t read yet, and I’m taking a printed book – We Need New Names by NoViolet Bulawayo. With the latest print copies of the London Review of Books and The New Yorker also in my bag,  I’m not worried about running out of things to read.

In the past week I went to the exhibitions “Throne of Emperors” and “Shi Lu, A revolution in paint” at Te Papa, from China. I recommend them both. Among other pleasures I noticed particularly some Chinese printing history and how Shi Lu used language characters in a number of his paintings.

In “Throne of Emperors” is a cabinet displaying artefacts of printing. Printing pages from carved woodblocks had been going on for centuries in China when in about the year 1040 (by the western calendar) a man called Bi Sheng carved individual characters onto small, identical square pieces of clay, which were hardened by slow baking. These characters could be re-used to make up different pages and the world’s first ever movable type had been invented. Because each Chinese character stands for a syllable, not a single sound as in our alphabet, organising the pieces was a challenge. The solution was a beautiful one, a revolving typecase, as shown in the picture. Bi Sheng’s invention predated the Gutenberg Press, the first movable type printer in the west, by four hundred years.

Language characters are part of a lot of Chinese painting, and calligraphy is a high art form in itself. There’s a mesmeric video in the Shi Lu exhibit, showing only the brush and part of his hand as he creates characters, perfectly aligned and even-sized, freehand. I saw a woman doing this in Beijing a few years ago, using water on hot concrete paving, so the characters evaporated as she painted them. I have no more idea of the meaning of this now than I did then. I watched for ages. In a number of the Shi Lu paintings  calligraphy and the wordless image make a beautiful composition. (There’s a lot more to fascinate in Shi Lu’s paintings, as he lived through cataclysmic political and social change in China.)

The woman in Beijing painting calligraphy characters on the pavement with water.

In Melbourne I will go, as I always do, to the State Library, a beautiful building, and walk around the mezzanine that houses an exhibit showing the history of printing in the west, starting with a Gutenberg bible. I will have my writing and reading notebook with me, for sure, where I write thoughts and ideas in ballpoint pen or pencil.

Next time I take the dog to the beach, I’ll write some words in the sand with a stick.